CLICK HERE IF YOU WANT TO FIND MORE TIME FOR YOUR WRITING. 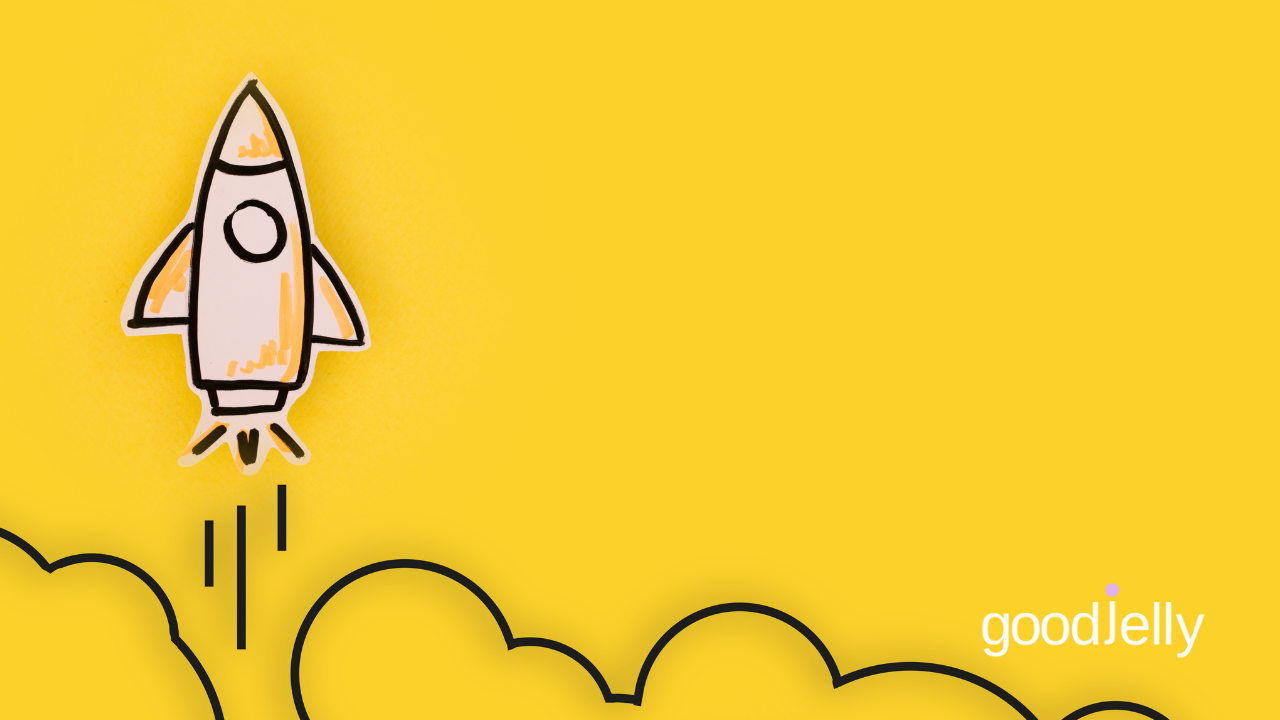 A client hired me to reset a project that was months behind schedule and about one million dollars over budget. In the first week, I completed a high-level analysis of the remaining work, met with senior leadership and the delivery team to get a picture of the challenges from varying perspectives, and—with that initial data—sketched out a new timeline. I’d just presented the sketch to a middle manager on the client side who was my direct partner on the project.

She was not happy.

“You were supposed to get us back on schedule.” She jabbed her index finger at the wall. “That’s the schedule. That’s the due date.”

At some point prior to my arrival on the project, perhaps before the project had even officially started, she printed out the entire yearlong schedule—think mind-boggling row upon row of tasks, assignees, dependencies, durations, start dates, end dates, and a cascading Gantt chart.

This absolutely was not a small printing endeavor. Imagine at least one hundred 8 x 11.5 inch pages that she’d then painstakingly pieced together on her wall into a massive jigsaw of paper and tape. I had noted the plan on the wall when I walked in. It was impossible not to.

I kept my gaze trained on the wall for a moment, needing a beat. She was serious. She believed that the original date was still achievable. That I had been brought in to restore the project to the original plan instead of reset it to a revised plan.

Folks, we had an acceptance problem.

Acceptance as an Aspect of Grace

The Goodjelly Moves is one of our foundational frameworks. It contains the five qualities, or energies, that help writers rock the writerly adventure. The five Moves are: Possibility, Power, Process, Grace, and Patience.

Whenever I teach the five Moves, Possibility (ideas, excitement, starting energy) and Power (making things happen, rocking your writerly swagger, getting it done energy) are usually easy sells. Those two Moves create the “fun” side of the cycle.

Process is usually the point where some writers get less enthralled with the Moves. For them, the idea of Process can feel staid, settled. Some even worry that too much Process will choke their creativity. That said, even these process-hesitant writers get it on a philosophical level. In the end, we all realize we're participating in something called the creative process.

Even the last move, Patience, though not super exciting at first glance, generally doesn’t garner much pushback. Most writers intuitively get from the get-go that the writing adventure will take time and effort. So all good there, too.

Ah, but the move of Grace. Grace is about receiving, allowing, and, of course, accepting what is. It’s about knowing that not everything on the adventure is under our control. Which is fine when things go as we hoped, and even easier when they go better than we hoped. Not so fun, though, when things don’t go well, or fail big time, or turn into one big snafu pickle.

When I get to that part of Grace, the part about the importance of accepting when things don’t go to plan, some writers immediately push back by checking out, by cracking a joke, or by actively challenging the notion. Some part of them doesn't want to open to this aspect of Grace.

A Power Pushback to Acceptance

Recently at an online conference, when I was teaching the Grace Move, I read the following passage about the Poet Archetype from Kim Krans’s The Wild Unknown Archetypes Deck and Guidebook. I explained that the passage was a beautiful expression of Grace (and acceptance) energy, and I warned the attendees that I might get a little verklempt reading the passage:

The Poet's work is to feel immensely and not be afraid. They must seek out truth in the darkest corners of the world and carry it back for all to see. This unique capacity resides within us all, regardless of our relationship to creativity. When the Poet energy is present, there is a call for deep honesty and reflection, for seeing the big picture within the little one. The Poet rides effortlessly between the personal and universal. It's possible that others may not seem to listen or care about the Poet's work, but do not be discouraged. The words of the poet ring true for centuries to come, soothing the wounds of despair and violence that captivate our world. The Poet's work is never finished. Find your voice and trust that the wind will carry it. (p. 67)

I did indeed get a little verklempt—my voice catching at points, a few tears welling—as I allowed myself to lean into Grace energy and into the universal longing in all writers to be heard, to be understood. All of which the passage captured.

After a beat, the chat thread started popping with many writers expressing appreciation and connection to that energy. Later, however, I would find a more skeptical, possibly humorous, comment in the flurry. In response to the last line of the passage, one writer typed, “I make my own wind.”

Absolutely, we make our own wind. If we didn’t, we wouldn’t get any of our writing done. But that statement is more of an expression of Power energy. The paradox is that both Power and Grace help us on the writerly adventure. The statement is also a perfect expression of a reaction we writers all probably feel at times, “Acceptance? Really? Do we have to go there?”

The Discomfort of Acceptance

I get it. No one likes it when their writerly plans fail to get the results they want. When I got the news from my agent that the revision I’d worked on for a year had flattened the novel’s Voice, I wasn’t exactly happy dancing.

But I also didn’t express defensiveness—a less positive aspect of Power energy—or let myself devolve into a scramble about how to fix it, i.e., panic brainstorming, which would have been a negative expression of Possibility. Instead, I stayed with the feelings, the sadness, the frustration, and definitely the overwhelm—Would I ever get this writing thing right? And in doing so, I was able to fully accept the situation and my immediate rash of feelings about it.

The two together are key. Acceptance, real acceptance, is both an intellectual and an emotional act. When we try to bypass the negative feelings, they will keep running through us, hampering clean forward progress.

Getting back to zero is an apt metaphor for acceptance. And from a planning perspective, getting back to zero—neutralizing upsetting energy before we decide our next action(s) after a disappointment—is an extremely useful practice. When we are able to get back to zero before we go into fix-it mode, whatever we decide to do from that zero-state will be gloriously free of the drag that comes with unmetabolized sadness, aggravation, righteousness, resentment, anger, etc.

But perhaps the coolest part of acceptance is that when we allow ourselves to fully process what happened—on both an intellectual and emotional level—a whole new sense of purpose and determination is unleashed when we get to the other side. A renewed sense of, “I’ve got this!”

That is what happened for me with the revision fail situation. By not bypassing the feelings, I came out the other side with serious motivation, serious determination, serious insight, and serious relief. I knew exactly what I needed to do next and felt super-charged to tackle the new direction.

So why don’t we do this accepting thing all the time? Why do we resist it? Sometimes even immediately denying we need it, as in: I make my own wind.

That obviousness stated, the more pertinent consideration is our current capability to metabolize uncomfortable emotions. Those patterns are often set by our childhood experiences—think family, peer, and cultural norms. Those have a greater impact on whether we will accept or avoid (deny, minimize, redirect from) difficult emotions than the inherent discomfiting quality of the emotions themselves.

Of course, we can change those patterns. But that starts with awareness and . . . acceptance.

Another cause for resistance to the idea of accepting (i.e., feeling) tough emotions is the fear that we will get stuck in them. Ironically, it is the resisting that prolongs the stuck. I was able to process through the intensity of that news from my agent in about seventeen hours, and a portion of that time was spent sleeping. I woke renewed, determined and unexpectedly hopeful.

A third cause of acceptance resistance is what I suspect, at some level, drove the “I make my own wind” comment: a belief that accepting something makes us weak. Instead we are supposed to fight it. Or, alternatively, we are supposed to be so evolved that we shouldn’t be having those feelings in the first place.

As to the latter, if you are human you are going to have feelings. Of all varieties. And thank goodness for that, especially for us writers. Having access to our feelings and being able to convey feelings on the page are craft superpowers.

As to the former, the belief that there is some inherent weakness to Grace, to acceptance—I will repeat what I said that day in the conference: there is a surprising steeliness to Grace. That means there is a surprising steeliness to acceptance, too. Acceptance is the polar opposite of weak. If it wasn’t, it would be easy to do, and I wouldn't be writing a post about why it is hard.

Let’s return now to that moment from so long ago when I was looking at an office wall papered with a woefully out-of-date project plan. I mentioned above after sharing that small scene that we had an acceptance problem. But in fact we had two acceptance problems. The client manager’s in relation to the old plan being no more. And my own acceptance problem . . . to her resistance.

Our mutual frustration with one another perfectly captures a final key factor prevalent in acceptance resistance: falling into the should trap. The original project plan should still be achievable. This client manager in front of me should stop creating more work for me by getting real. (And, of course, my agent should have loved the revision.)

I know this example sounds silly, but it actually captures what we are doing when we “should all over” a person or a situation that is not to our liking.

Acceptance, on the other hand, aligns us with reality. The original plan is no longer achievable. The client manager is not ready to get real. My agent does not love the revision.

Phew. See how that helps?

It might sting some, but at least now we have clarity. We can make plans that make sense in context of our current reality. And that’s how acceptance becomes the rocket fuel for our revised writerly plans, because it sure is faster to get to where we want to go when we start from where we actually are.