CLICK HERE TO GET OUR *FREE* WEEKLY WRITING TIME ESTIMATOR

Home The Goodjelly Blog The Other Stuff Login

On the Eye and the Ray 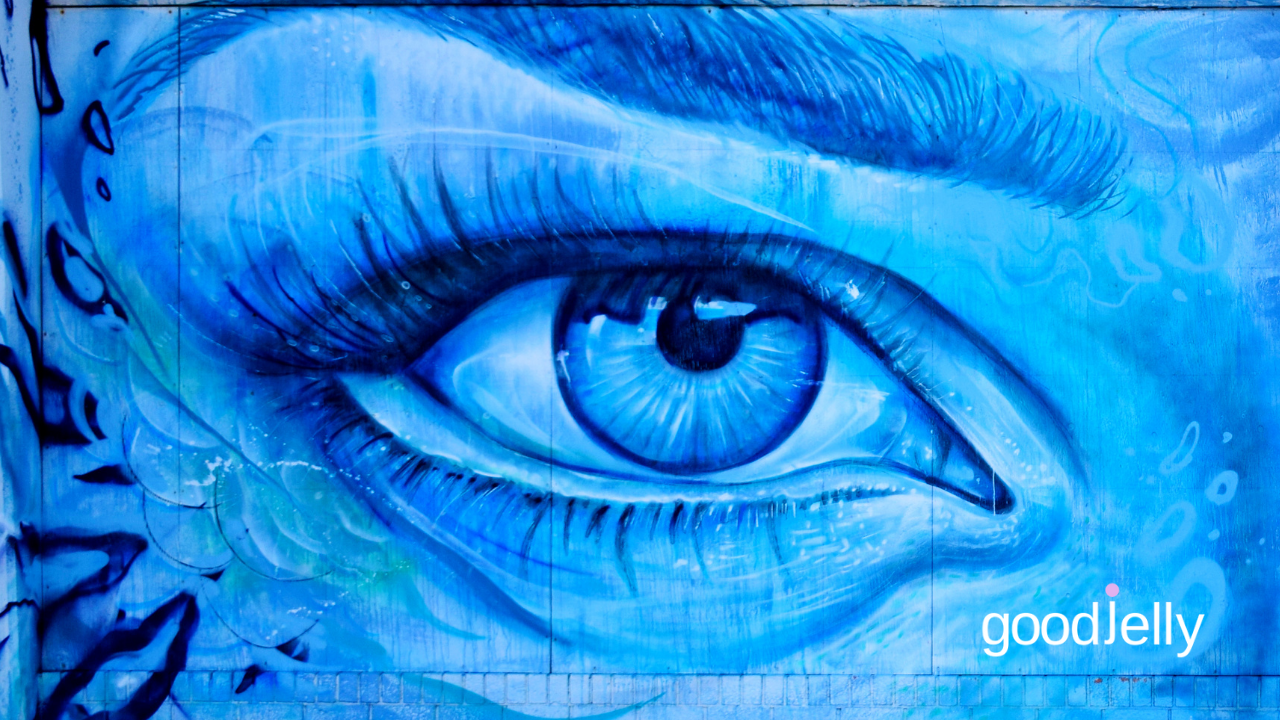 I had been living in the small studio apartment on Rue de Bremondis in Aix-en-Provence for a week. Madame Leyssieux was my landlady. A lovely woman who kindly agreed to let me parrot her in attempt to improve my French pronunciation and vocabulary. Each one of our early conversations could have been a study of echoes.

On the day in question, Madame Leyssieux stopped by my apartment to drop off a rug, bring me a functional toilet seat, and pick up le caution—the deposit I owed her. Together we installed the toilet seat and unrolled the rug. Then she was on her way, deposit in hand.

After she left, I decided to go to the market but was stopped when I couldn’t locate my keys. Where could they be? I looked. And looked. And looked. The apartment was sparsely furnished, but I still managed to occupy myself for forty-five minutes searching.

Soon the improbable became possible. Could I have tossed them up into the sleeping loft? Or perhaps onto the shelf six feet above my head? Finally, after a bit of this ridiculous searching, it occurred to me that perhaps Madame Leyssieux had accidentally picked up the keys.

What We Control on the Adventure

There is a line in Ralph Waldo Emerson’s Self-Reliance that I find quite beautiful: The eye was placed where one ray should fall, that it might testify of that particular ray.

Though Emerson was not specifically speaking of writers, that line feels like a perfect encapsulation of the writerly adventure. We are the eye, the ray is the sum total of our lived experiences, and we testify to those experiences through our writing.

To be successful on the adventure we have to do so much, learn so much, and take so much action—from the mundane to the courageous—to hone our testaments.

When I started out, the testifying bit was absolutely my focus. Which makes sense. It is the part I (as the eye) could control. I can do this. I can do this!

The check did not come. I testified again with a new story. No check again. So I testified a third time with another story. And . . . nope. Still can’t say there is a check in the publishing deal box, nor in the box for delighting children around the world.

As it turned out, Madame Leyssieux had taken my keys. But even sorting that much out was a bit of an ordeal.

She was not at home when I called. Luckily, I could tell that she had left her cell phone number on her outgoing message. Unfortunately, I couldn’t make out the digits. Sure, I knew my numbers in French at that point, but phone numbers were a different story.

The French state their phone numbers in pairs, not in single digits. For example, 07-33-87-97-23 is stated as “zero-seven, thirty-three, eighty-seven, ninety-six, twenty-three.” On top of that, larger numbers are not stated quite as concisely as they are in English. In English that “97” in the phone number is ninety-seven. In French, it’s quatre-vingt-dix-sept.

In direct translation to English, that means “four twenties, a ten and a seven.”  So even after calling her home six times trying to capture the number, I couldn’t get it down. Simply put, I was not sufficiently competent in French-numbers-with-simultaneous-math-calculations at that point in time.

Back to the Ray

There is something very telling about the phrasing Emerson chose for his eye and ray line. Let’s look at it again: The eye was placed where one ray should fall, that it might testify of that particular ray.

Do you see it? The passive voice of the eye being placed? For all that the essay is about taking action, action in alignment with one’s principles, Emerson, with that passive voice swoop, makes a critical point: we don’t get to control which ray falls upon us, nor the ongoing experiences that are channeled through our ray.

And that applies no matter if we are in a somewhat humorous pickle in France. I could not control that Madame Leyssieux had taken my keys. And I certainly couldn’t control (change) my competency level in French at the moment.

It also applies when we are in what certainly feels to be a more high stakes pickle of wanting our writerly testaments to succeed. Once we pour the best we have to offer in the moment into our manuscripts and send them out, what happens next is out of our control.

And that is the truth no matter if we are sending pages to our critique group, submitting a manuscript for publication, or even when we get a book published.

How I got My Keys Back

Even though I knew I probably hadn’t captured Madame Leyssieux’s cell phone number correctly, I went with hopeful bravado as my next course of action. I took my best guess at the number, made a call, clearly got the wrong number, and hung up quickly.

But as it turned out, I had called the one monsieur in the south of France who was so irate at being misdialed that he called me back and proceeded to huff and Frenchly puff his outrage. Sheesh.

Not wanting to invite the potential wrath of another French person, I had to come up with a new strategy. Either that or be stuck in my apartment forever.

The strategy I went with? Call for help. Not the screaming out the window kind. Though what a delightful "ridiculous American in the south of France" scene that would have made.

No, my call for help was a call to a friend in America who spoke both fluent French and English. Four international calls later, Madame was on her way back to my apartment with the missing keys.

The Secret Power of the Ray

This whole not getting to pick, to control, our particular ray can be a bit unnerving. Sure, when the ray aligns with what we are hoping for we get to celebrate. Wahooo!

But when things don’t go our way (be they in charming or devastating ways) we have to choose. Are we going to get stuck in Why Me? mode, or our we going to say, “Okay, ray, thanks for the challenge. Let me show you what I’ve got!”

It won’t always be easy. And, of course, it’s important to allow the full range of our feelings to flow when the challenging ray bits hit. Even, no especially, the gnarly woe-is-me ones. But after that, when we choose to respond with courage and a dollop of chutzpah to the tough bits, that is when we will experience growth and transformation.

Which means, paradoxically, our lack of control over the ray invites us to up our control competence. Take me as a case in point. Despite all those unchecked publishing deal boxes, I’m still here writing. Getting better skills. Developing stronger story chops. Cultivating serious staying power.

And, if you are here reading this, I know you are doing the same, regardless of what your ray has been up to. Good on you!

In the end, the ray—and our lack of control over it—is what makes the adventure an adventure. The particulars of our ray give oomph and possibility to our testaments. I mean, come on, would I have remembered that specific day in Provence had Madame Leyssieux not absconded with my keys? Absolutely not.

And with no story remembered, I would have had no tale to testify to you today. No way to weave together these thoughts of the eye and the ray. So let this be my particular testament to you today:

There is magic to be found in your ray. Go make that magic.

Get the latest blog post delivered to your inbox every Monday in our Weekly Dollop.