CLICK HERE TO GET OUR *FREE* WEEKLY WRITING TIME ESTIMATOR

Home The Goodjelly Blog The Other Stuff Login 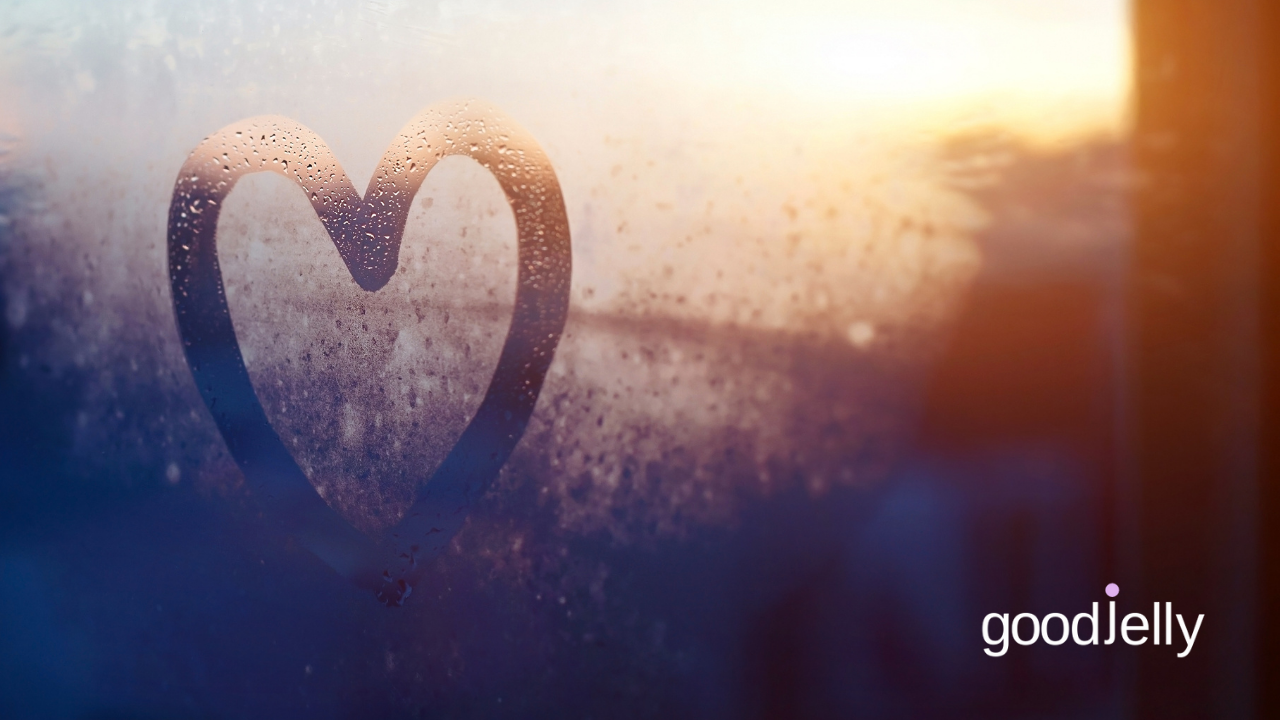 It’s true. An active Inner Critic can wreak havoc on our writerly adventure. She* might keep us from sharing our work. It’s so not good enough! Seriously. Total dog doo-doo writing. . . .

Or stop us from taking classes that will help us grow as writers. What are you thinking? Everyone will be better than you. You’ll make a fool of yourself!

Or hinder our ability to make regular progress on our writing projects. Who do you think you are, trying to act all high and writerly? Like what you have to say actually matters. What a joke!

What if a different path were available to us? One where we transform our Inner Critics from debilitating adversaries into savvy allies. Where our Inner Critics become valued partners on the writing adventure. Partners who give us insight and clarity, help us set boundaries, and enable us to pursue our writing goals with grounded and calm confidence.

To get to that kind of partnership, we have to revamp how we relate to our Inner Critics. Instead of hating on them, we must love them. Not codependent, roll-over-and-take-the-harangue type of love. (Would that kind of inner masochism even qualify as love?) No. I am talking about process-based, compassionate, and clear-eyed love that starts with knowing . . .

You Are More Than Your Inner Critic

Part of the power of our Inner Critics is that they have been with us so long. Many of the rules they attempt to enforce were forged when we were extremely young. Here is how two of my mentors, psychologists Hal and Sidra Stone, describe the origins of our Inner Critics:

Most people are not even aware that there is a voice or a self speaking inside of them because the Inner Critic’s constant judgments have been with them since early childhood and its running critical commentary feels quite natural. It develops early in their lives, absorbing (or internalizing) the judgments of the people around them and the expectations of the society in which they live. The more difficult or abusive the childhood, the more vicious and abusive the Inner Critic is likely to be. (The Inner Critic, Hal Stone & Sidra Stone, Voice Dialogue International)

Because cultural, societal, and social norms contribute to an Inner Critic’s genesis, even writers with safe, stable and happy home lives get some of that early grooming in negative self-talk. But whether we have a mild, medium, or monstrous Inner Critic, due to how long it has operated within us, an Inner Critic’s take on us and how we fit in the world feels like the Truth. Truth with a massive, menacing capital T.

Yet, as Walt Whitman says, we contain multitudes.

No matter how real and indisputable its tirades feel, our Inner Critic is just one part of ourselves. For some of us a very brawny and oversized part, but a part nonetheless. Instead of the Truth of who we are, the Inner Critic’s take is just one part’s opinion.

That is a massive and empowering distinction.

A distinction that gives us the grace of separation. Of space. A millimeter of breathing room that we can leverage to get perspective on whatever it is our Inner Critic might be losing its marbles over in the moment. But more importantly (and transformationally) that separation gives us the leverage (and power) of seeing a bigger picture, i.e., what are Inner Critics are actually trying to do; their reason for being in the first place.

The Perspective in the Pattern

Our Inner Critics’ methods are often misguided, but their intentions are pure. There is a pattern to them. And the pattern is protection.

Pause for a moment and really take that in. The pattern is protection.

At least for me, that was a pretty wild idea the first time I heard it from Hal and Sidra. How could a voice inside of me that was so cruel, caustic, and insidious think that it was doing me good?

Though absolutely counter-intuitive, the justification most Inner Critics use for their actions goes something like this: If I hurt her first, then others won’t be able to hurt her worse.

It is not a rational position. Nor does it actually work.

First, no life (nor any writing adventure) is going to be hurt, disappointment, or stress free. There is an inherent vulnerability to being human. The scare tactics of our Inner Critics, no matter how well intended, can never truly obscure that vulnerability.

Nor, as writers, would we want it to. Our vulnerability, i.e., our innate human sensitivity, allows us to right with connection, with compassion, and with passion.

A second reason the Inner Critic usually fails at its core mission to keep us safe is because the internal destabilization caused by a raging Inner Critic often makes us more vulnerable to outside critics. Which means that this part of ourselves, who is so valiantly doing its darnedest to protect us, is actually making us more primed for hurt and judgment.

Because when an Inner Critic feels threatened (and they have logged a pretty long list of threat possibilities over the years), they are going to whirl and whirl and whirl . . . so as to (a) highlight the perceived threat. And (b) let us know what we need to do to STAY SAFE!

(Note: My own Inner Critic asked me to capitalize those last two words and add the exclamation point so that you really feel her intensity about wanting to protect.)

But what all that wild-eyed, all caps whirling means is that we have to step up and help our Inner Critics. Yes, help them. By relieving them of their double duty.

Let’s repeat what most Inner Critics are trying to do when they spin into action:

The issue is that while most Inner Critics are fantabulous (and highly-sensitized) problem spotters, they are not well-equipped to be effective problem solvers. They pretty much have one play in their problem-solving playbook: panicked, emotive attacks.

Why the panic and emotion? Because our Inner Critics are in over their heads.

Recall that these parts of us were forged when we were young. Especially during situations that felt (and/or actually were) scary, even terrifying. And the only tools they had available were a child’s perspective and resources.

A particular hindrance to our younger selves' problem-solving prowess is the fact that our prefrontal cortexes were not fully online yet. (And didn’t get there until we were in our mid-twenties.)

Why does that matter? Because our prefrontal cortex is the seat of our executive functioning capabilities:

Executive function is a set of mental skills that include working memory, flexible thinking, and self-control. We use these skills every day to learn, work, and manage daily life. Trouble with executive function can make it hard to focus, follow directions, and handle emotions, among other things. (Source: What is Executive Function?, Understood. org.)

And since our Inner Critics don’t want to leave us in the lurch by running away, they go with the only other action they know. Attack.

This is why a main factor in revamping our relationship with our Inner Critics is to let them know that we value their alerts and that we will sort out how to address whatever it is they are bringing to our attention.

Make the Shift to Support Easy

This conveys to my Inner Critic that I am taking her concern seriously, and thereby honoring her problem-spotting prowess. That soothes the immediate froth of her panic. Equally as important, it conveys to us both that I am taking responsibility for the problem-solving bit, supported by my broader access to all my parts, skills, knowledge, experience, and executive functioning.

Which means it is okay for her to stand down. She has done her part. And now it is time for me to do mine.

When we relieve our Inner Critics from solving the problems they bring to our attention, a whole new level of response-ability opens to us as writers.

For example, perhaps the solution your Inner Critic sorted out in response to a scathing critique of your work by a famous writer in a workshop was that you would never, ever, ever submit your work again in a workshop setting.

This solution, of course, negatively impacts your ability to grow as a writer as you are cut off from important learning and feedback opportunities.

But when you revamp your relationship with your Inner Critic, you can do a full reset about sharing your work in workshops. Acknowledge how scary and awful and sucky that earlier experience was. Assure her how you will be savvier,  smarter, and better prepared the next time you take a workshop, thanks to fully metabolizing and learning from what happened.

And when you do courageously sign up for another workshop, you’ll commit to prepping both your Inner Critic and yourself differently than you did in the past. Talking through with her that there will still be scary and unsettling moments in the process of sharing your work, but that you will be there, bringing all your knowledge, courage, and skills to bear when situations feel worrisome to her. That you have got her.

It may take some time to convince your Inner Critic that you (a) no longer despise her or want to do away with her, (b) value, want, and honor her concerns, and (c) will step up for the problem-solving part of the equation. But with consistency and compassion, it will happen. Your Inner Critic will begin to trust you.

And then, wowza, what a team the two of you will make.

* Regardless of your gender identity, you might experience your Inner Critic as feminine, masculine, or gender neutral. In addition, depending on the topic, your Inner Critic’s voice may sound different. For example, perhaps a male teacher was highly judgmental about your creative writing skills, but a female teacher was always harping on you about spelling and  grammar. As a result your (pre-revamped) Inner Critic’s voice might change to mimic those early foes, so as to land its inner darts more potently.

Get the latest blog post delivered to your inbox every Monday in our Weekly Dollop.