On Shredding the Shoulding 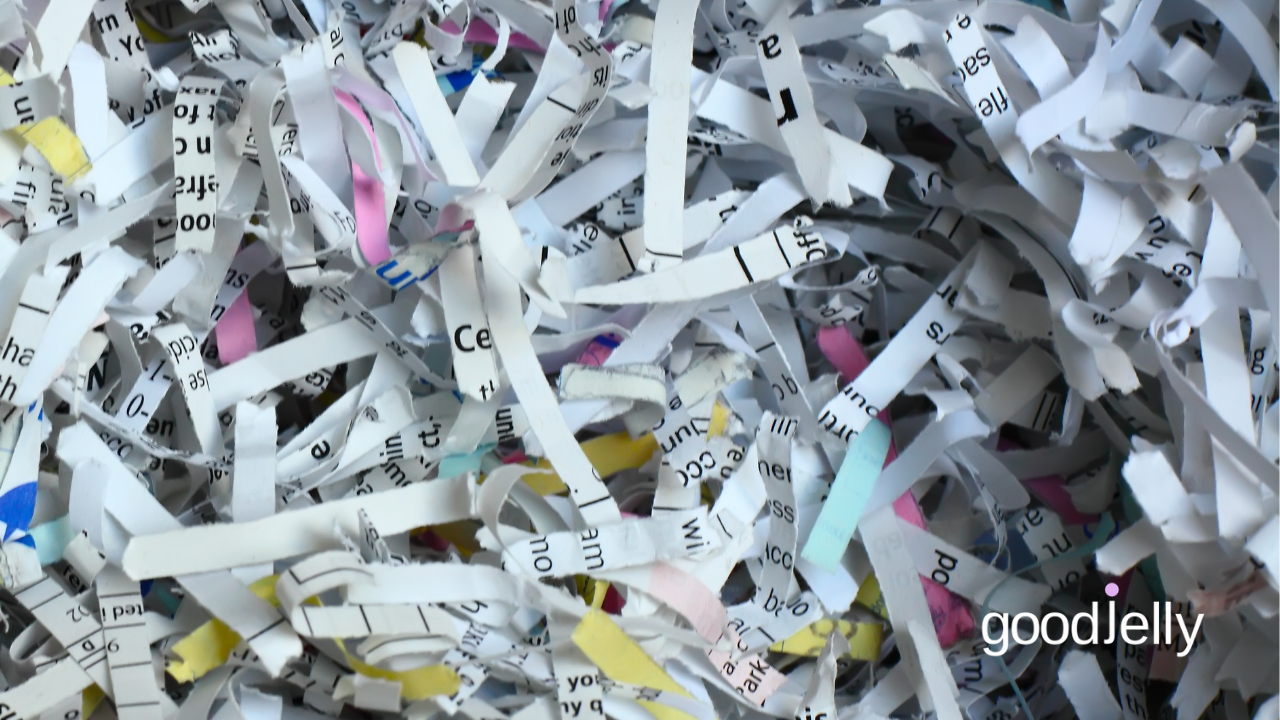 When I turned forty, which was not long after I officially started my writerly journey, I decided it was time to do something with all the diaries and journals I kept since I was ten. There were boxes of them. Over the years, I dragged those boxes from city to city; I even paid for storage for them when I lived abroad. The upkeep of those journals and diaries kind of stressed me out, but I had this firm notion that one should keep such things. Do something with them. Especially, if one wanted to be a real writer.

With dogged enthusiasm and expecting to be inspired, I went through every last one of them, starting with the sky-blue Holly Hobbie diary that unlocked with a golden key. I methodically put sticky notes on memories or situations that perhaps I could mine someday for a story or an essay.

The process did not turn out as expected.

I grew up with a mentally ill and, at times, violent father. Writing in my diaries and journals was a key way I processed the fear and chaos that comes with such a childhood. Even as I got older, I journaled as a mechanism to process emotions and experiences, not to create a historical record or anything of literary value.

Were there bright, fun, and downright hilarious moments in those pages? Absolutely. But my overarching feeling when I was done was simply a deep compassion for that little girl and young woman that I was. There was not an ounce of, Whee! I’m inspired. Let’s get to work, girlfriend!

So, I made what felt like a radical decision for a writer: I decided to shred them all. And shred them I did. That mountain of journals that took me thirty years to fill and months to process with sticky notes, took me three days to turn into seven Hefty bags of crosscut confetti.

It was exhilarating. One of the best things I ever did for myself and my writing.* The exhilaration came not just from the thrill of seeing piles of minced past but also from the energetic relief of freeing myself from the constrictive and often furtively punitive quality that a Should carries. In this case: that I should be doing something with those journals, and if I didn’t do whatever that something was, I wasn’t a real writer.

We all have such Shoulds, our own particular, sometimes peculiar, notions about being a writer: how a writer should be, what she should do, and what she should want. Shoulds can be quite rigid and domineering, and if we fail to live up to them, we can end up swimming in anything from self-doubt to raging inner criticism.

We may even feel like we failed as a writer. When all we really failed to do was let go of something that was not useful to us. Because the truth is, sometimes the way we think a writer should be is stopping us from becoming the writer we are meant to be.

* A similar trove of personal journals and diaries may be a goldmine to another writer, able to fuel years of their writing. Shoulds are person-specific.

1.)  List a few Shoulds you tell yourself about being a writer.

3.) For the Shoulds on the list that drain you, find ways to metaphorically shred them. Sure they may serve some writers, but if they aren’t serving you, ditch them.